The Southern experience during the Civil War was one of hardship for many civilians as well as for the Confederate Army. The Union's "Anaconda Plan," meant to constrict the South into submission, included a naval blockade, as well as three theaters to prevent the South from getting relief from anywhere. By the end of the war, the Union Army had started to use total war tactics, as seen in Sherman's march to the sea, which was devastating for the civilian populations and for the landscape itself affected in those campaigns. The fighting itself also took place, for the most part, in the South. The cities and countryside felt the effects of the armies and their battles, which gave the South both an advantage of fighting at home, but also a disadvantage due to the proximity of their homes to the scenes of such terrible conflicts. The Civil War experience had a terrible impact on both the Confederate armies and the civilian populations in the South. 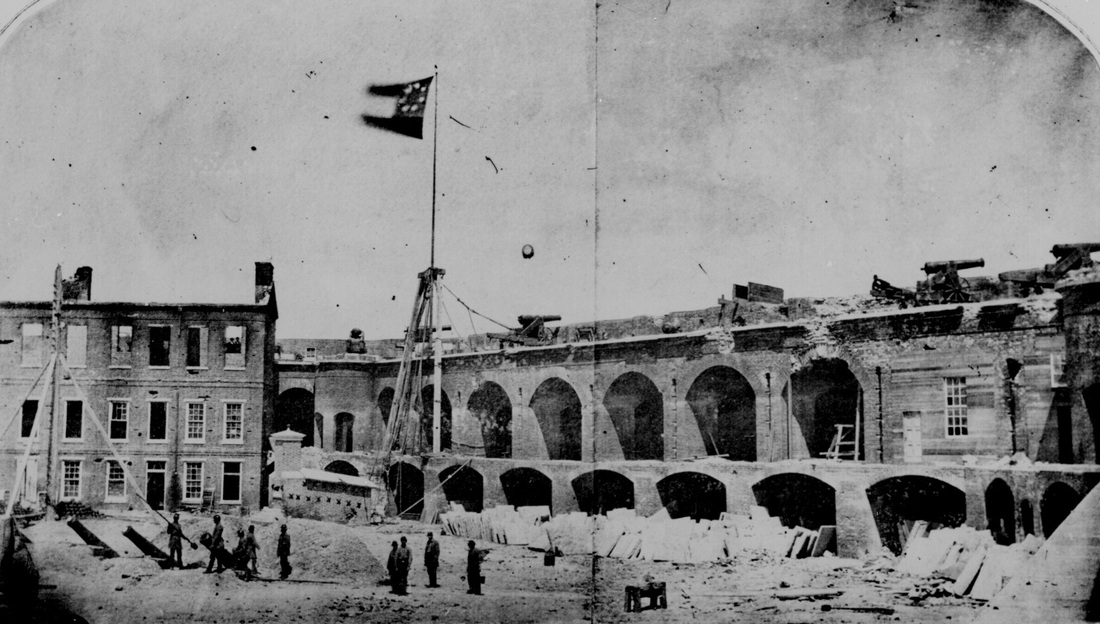 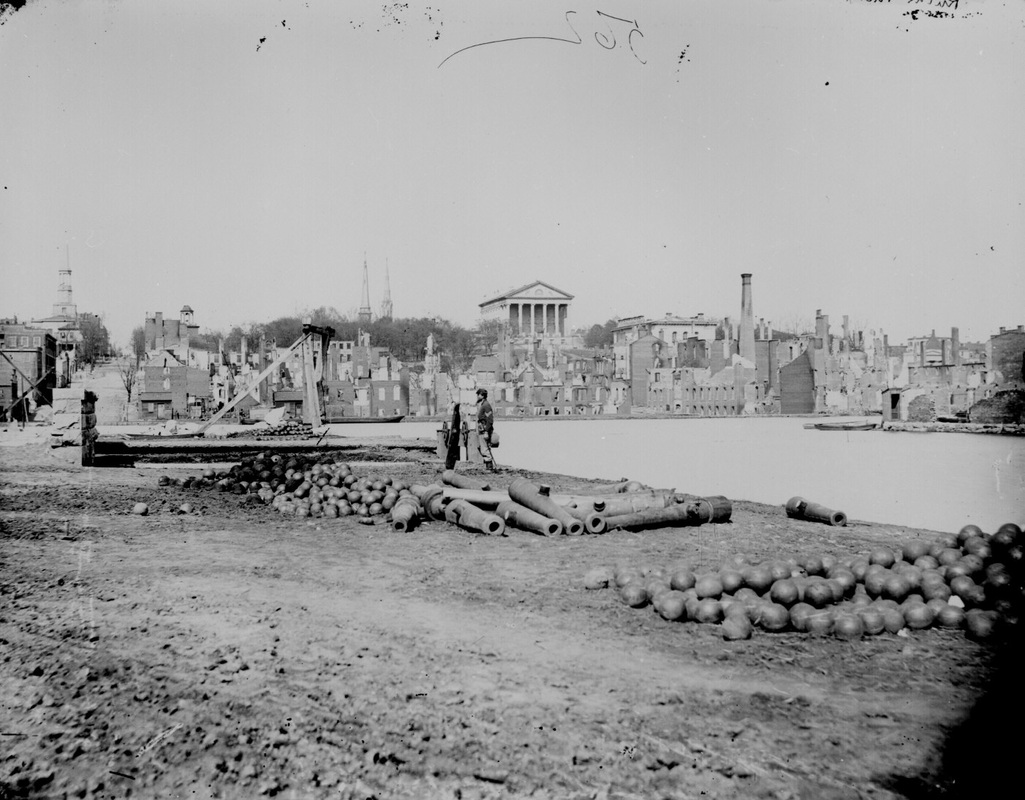 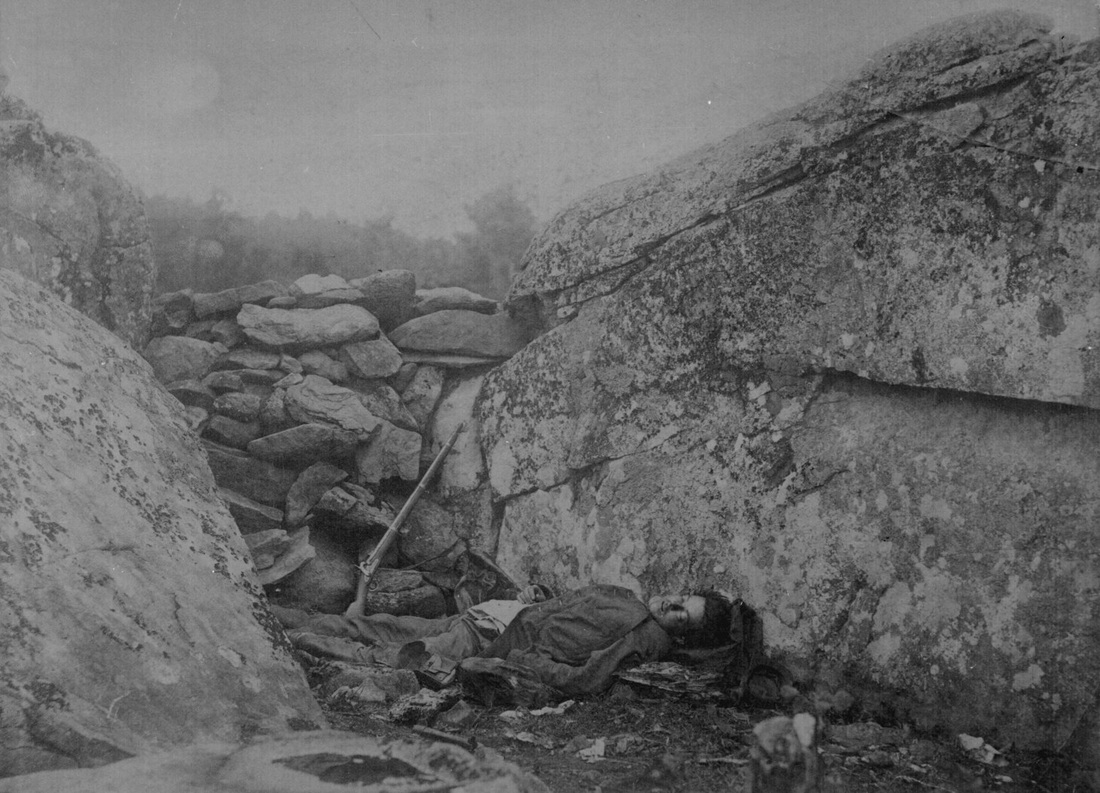 Confederate sharpshooter in the Devil's Den after the Battle of Gettysburg, July 1863. National Archives 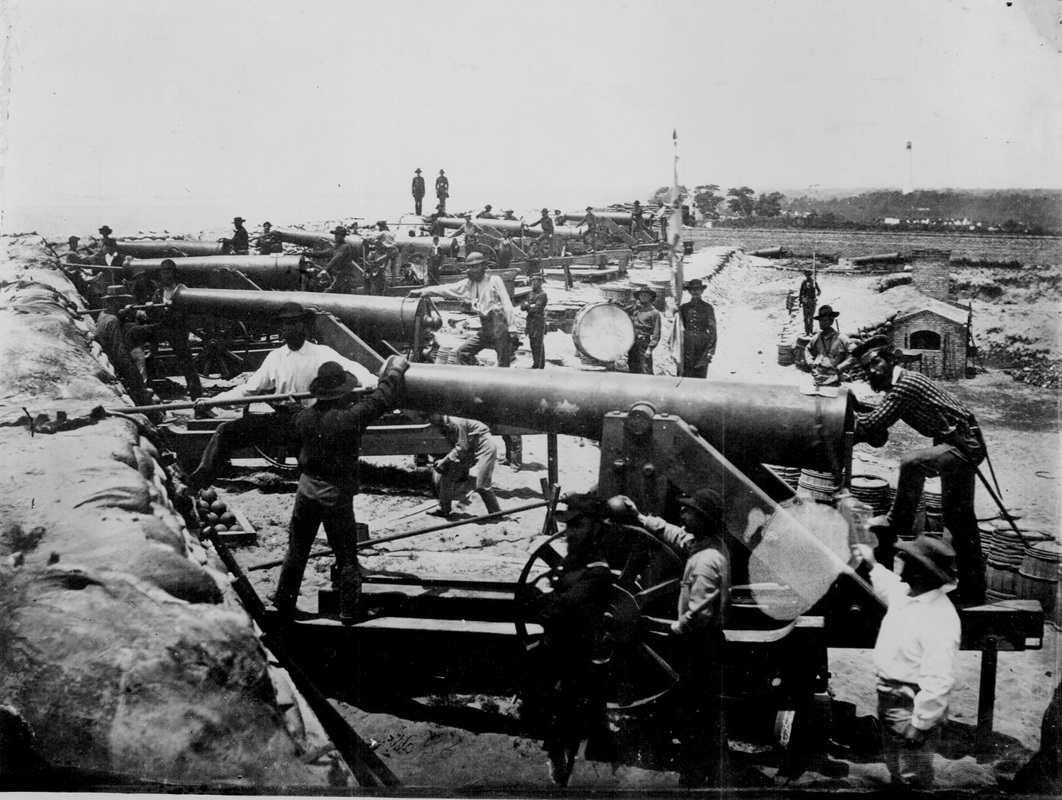 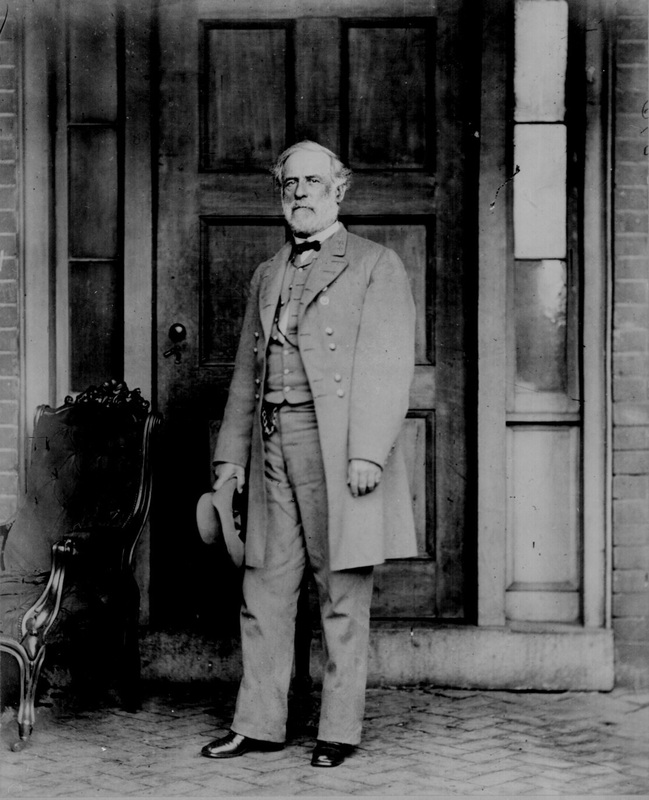 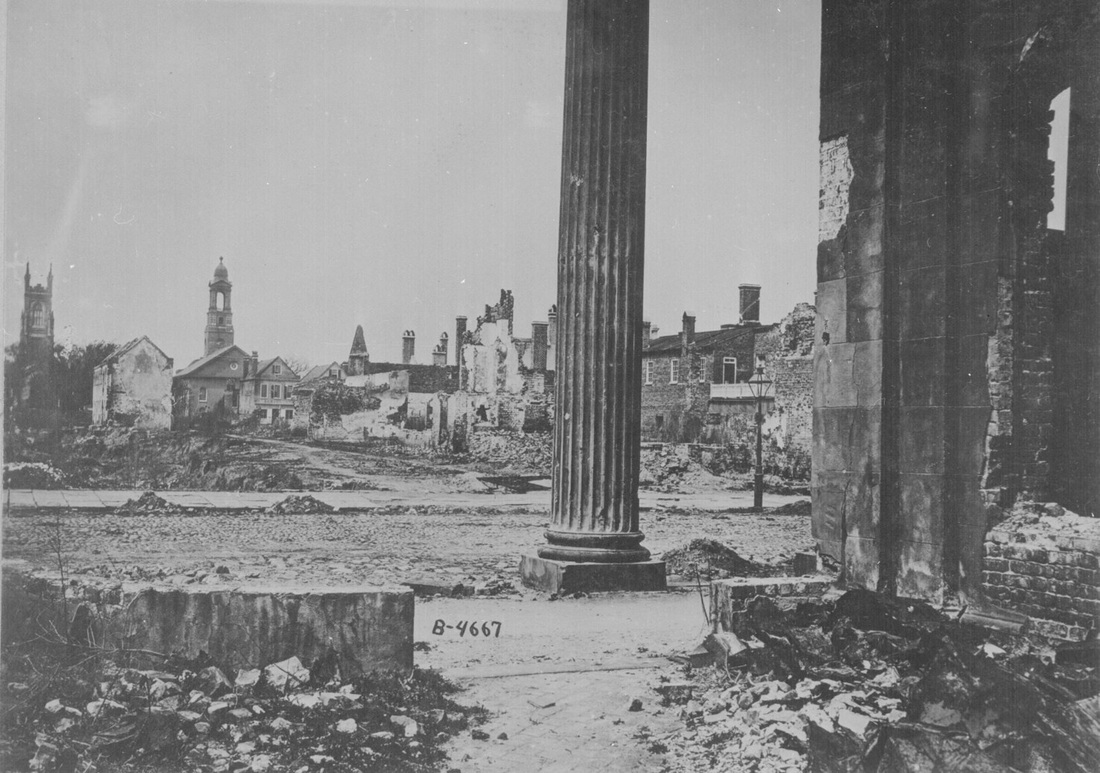 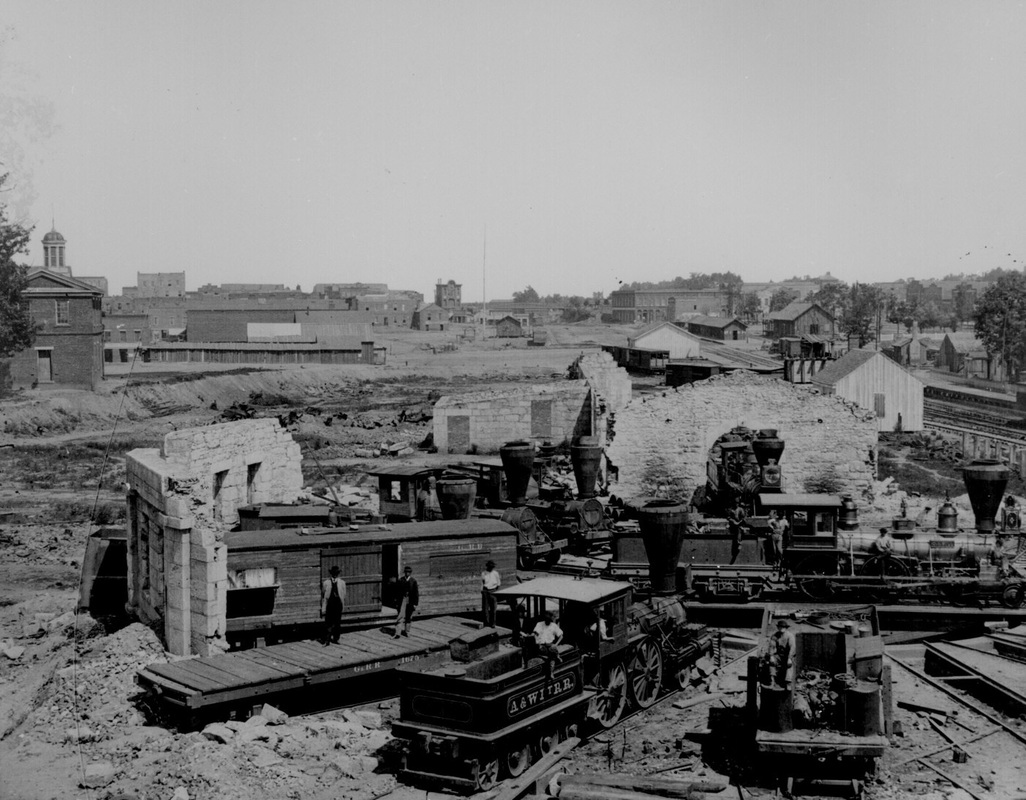 Ruins of the Confederate enginehouse with the "Telegraph" and "O.A. Bull" in Atlanta, Georgia, September 1864. National Archives 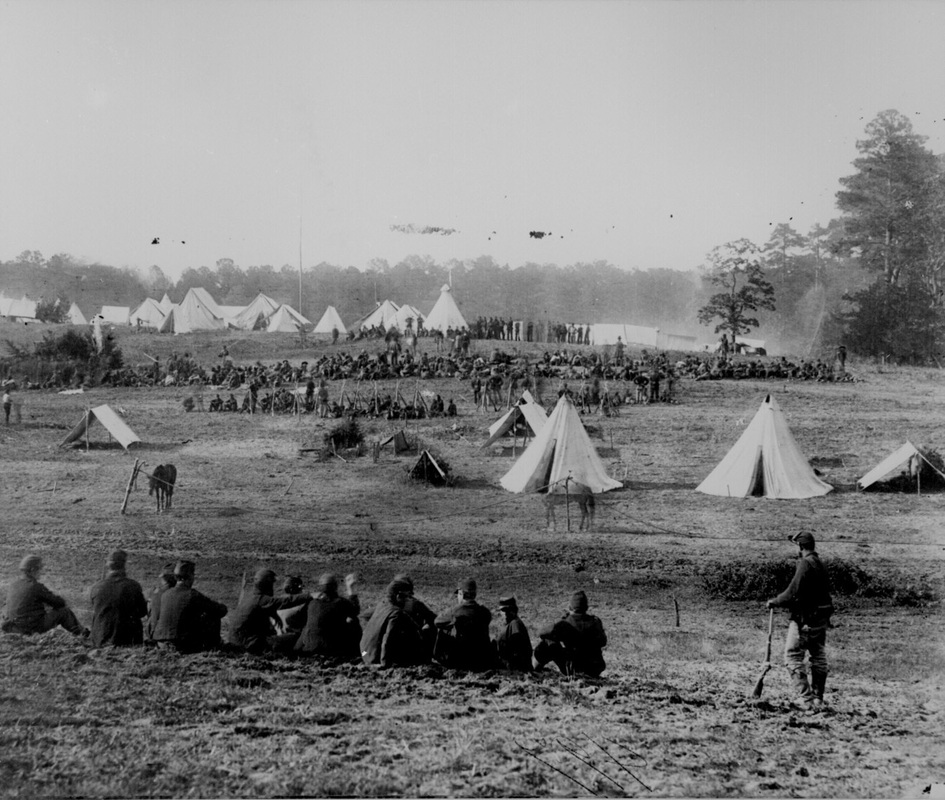 Confederate prisoners in a Union camp, May 1862. National Archives 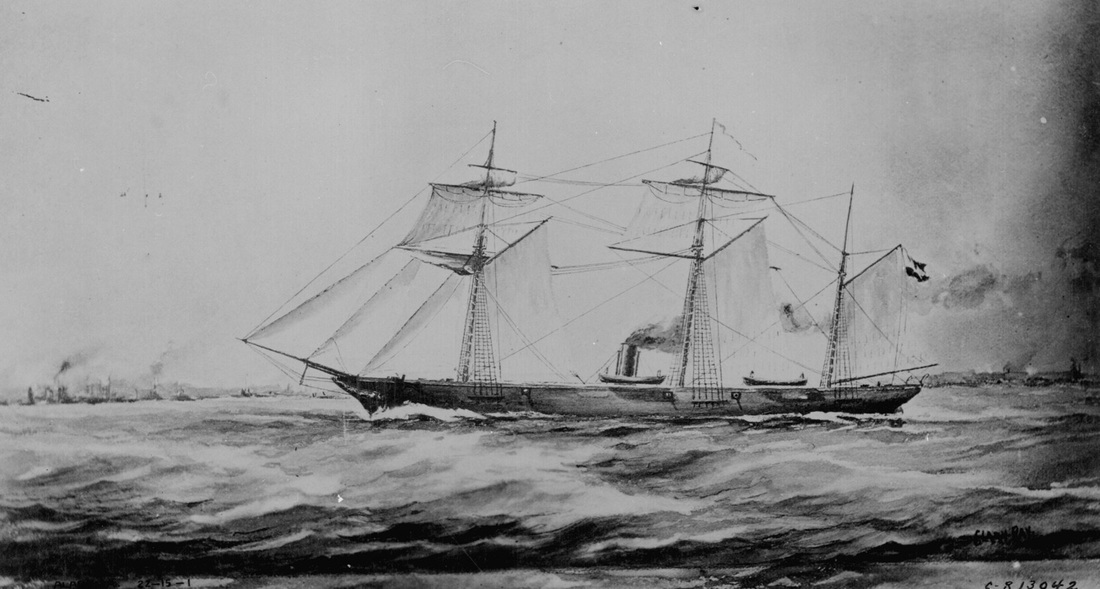 A commerce raider, the C.S.S. Alabama, that was sunk June 19, 1864. Picture made by Clary Ray. National Archives 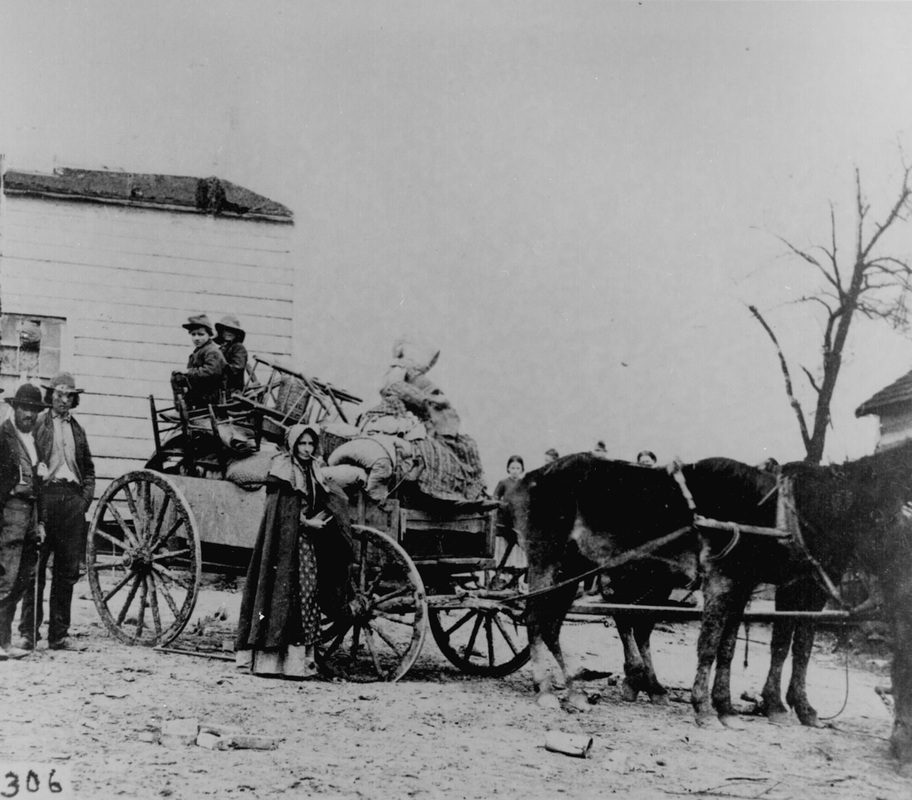 A refugee family leaving a war area with belongings loaded on a cart. National Archives