In Search of the American Identity at the MFA 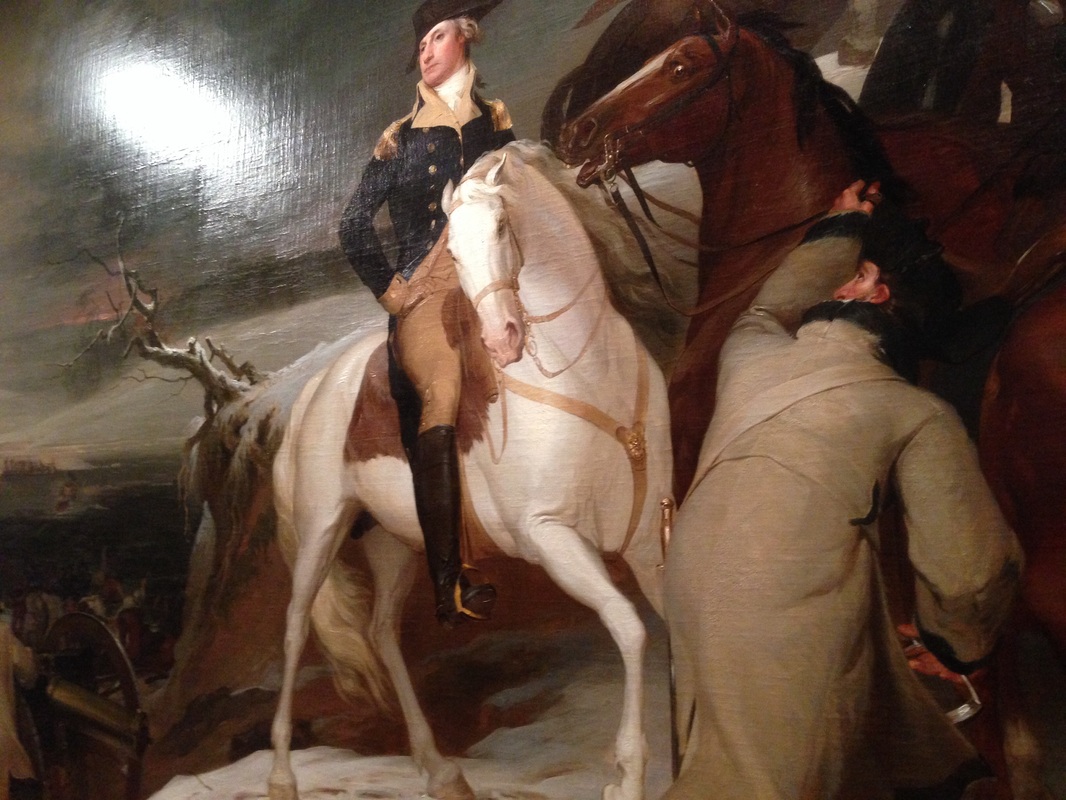 The Passage on the Delaware, Thomas Sully, 1819
Washington's crossing the Delaware river was a turning point in the Revolutionary War. It was also a significant American victory. Washington is put front and center, calm in the middle the chaos of a military operation with his largely untrained army. The painting is also almost life size, being the size of an entire wall. The size of the painting shows the importance of Washington's victory in the course of the war. Washington's size and position in the painting glorifies him and his role as a national hero. 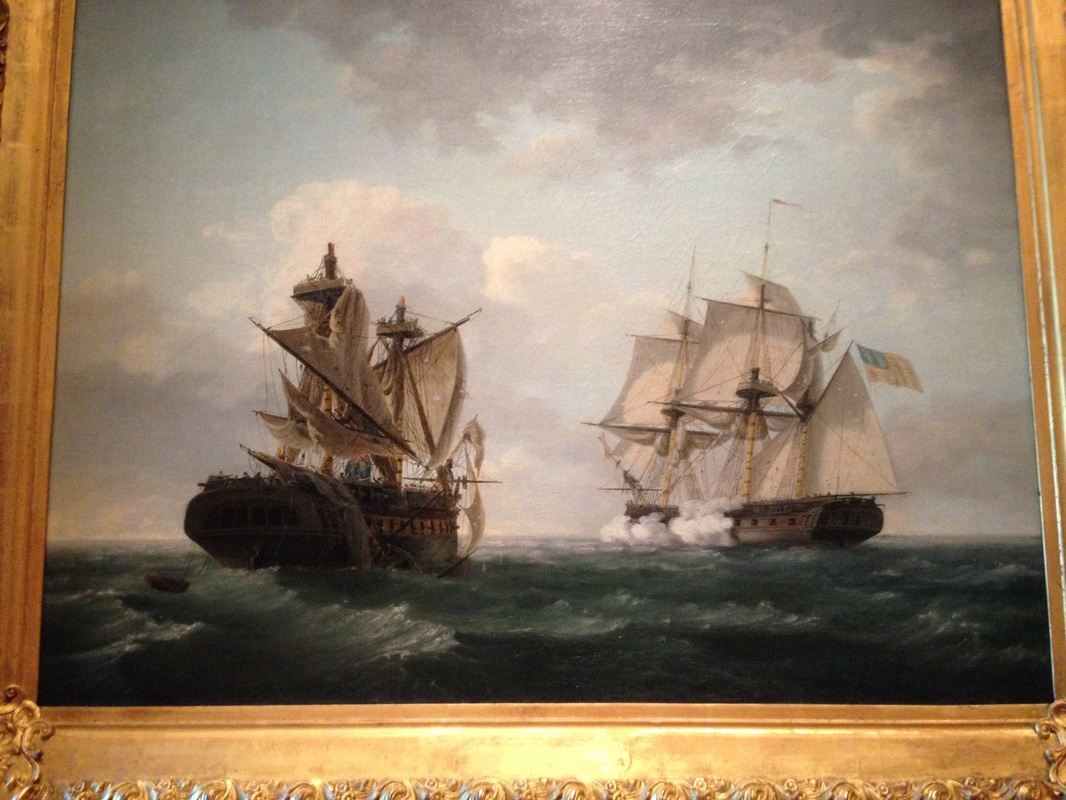 Engagement Between the United States and the Macedonian, Thomas Birch, 1813
In this October 25, 1812 sea battle in the Atlantic Ocean, between the USS United States and the HMS Macedonian, the United States was the victor. The American ship, commanded by Captain Decatur out-gunned the British Ship, commanded by Captain Carden. Over the course of the battle, the Macedonian was badly damaged and suffered over 30 percent casualties, as opposed to 12 United States casualties. The battle was a great victory for the United States and it was well received upon the ship's return to New York by the American public. It was especially significant for the navy because it was not nearly as good as the British navy in 1812, particularly in the Atlantic sea battles. Such a victory was very important to the war for America. 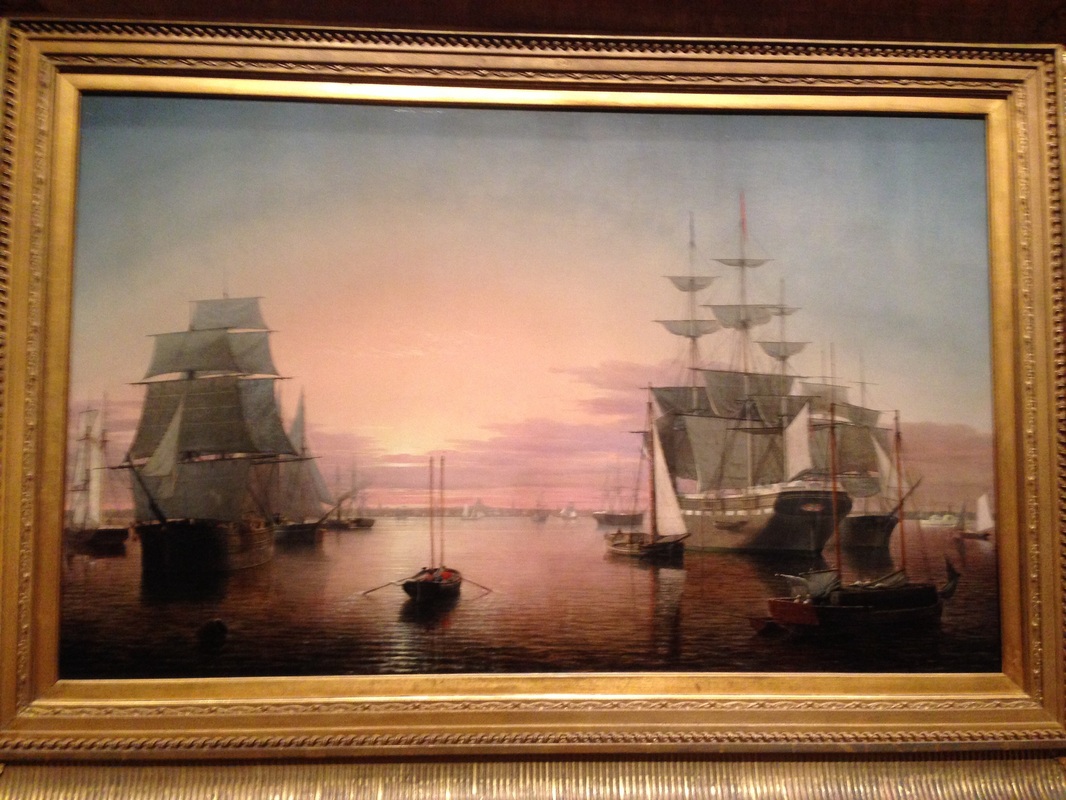 Boston Harbor, Fitz Henry Lane, 1850-55
This scene of Boston Harbor is serene and romanticized. It shows the then old fashioned sailing ships in the harbor, and a new technology at the time, a steam boat. The painting shows the romanticized view of sailing and the arrival of new technology in the shipping industry. The calm water and clear sky with the sun setting or rising also romanticizes the image. 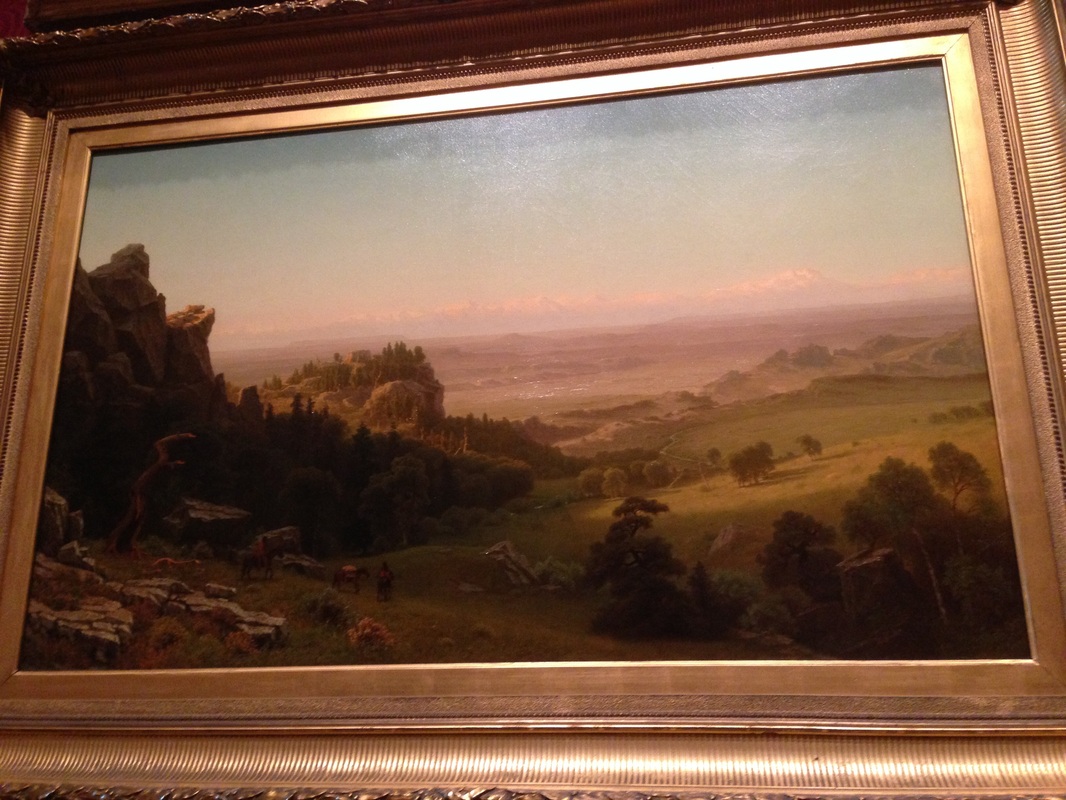 View from the Wind River Mountains, Wyoming, Albert Bierstadt, 1860
This painting shows a view of the American West. It is vast and open, with fields and mountains and a clear sky. The painting may have been one of the only views of the American West that potential settlers would see before they headed there. The painting has a big role in westward expansion and the Americans' feelings towards the frontier and towards manifest destiny. 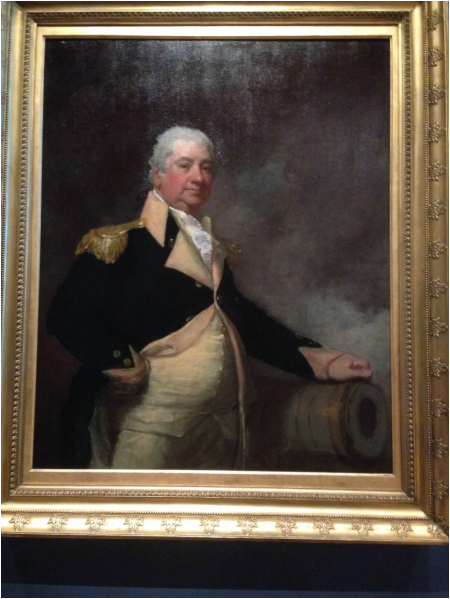 General Henry Knox, John Singleton Copley, 1805
General Henry Knox was one of the best Revolutionary War generals. He was the artillery officer sent by Washington during the siege of Boston to retrieve the cannons from Fort Ticonderoga. Knox's bringing the cannons to Dorchester Heights was a key part of the eventual victory and British evacuation. In this painting Knox is shown next to a cannon, because he was an artilleryman. 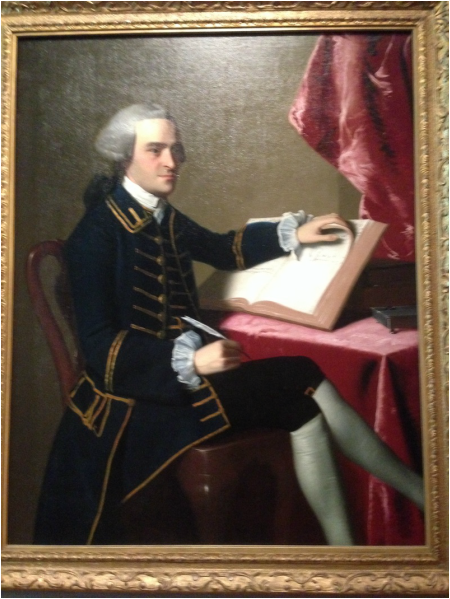 John Hancock, John Singleton Copley, 1765
John Hancock was one of the sons of liberty a very wealthy Boston merchant. He is most famous for his large signature on the Declaration of Independence, making his name synonymous with a signature. In this painting, he is writing in an account ledger with simple surroundings. The depiction of him working in the simple setting served to eliminate some of the feeling of elitism surrounding him. In the painting he is shown as an American businessman, an elite who was also closer to the common man, unlike the aristocracy of Europe. 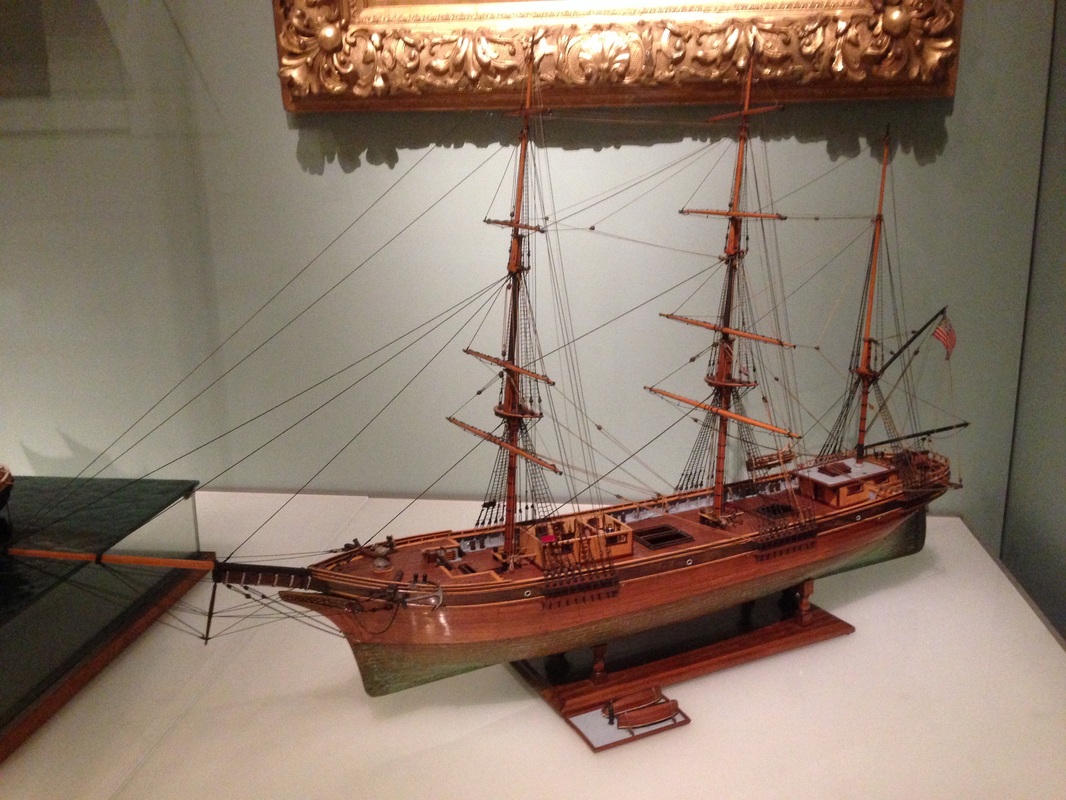 Icebound Whaling Ship, William Bradford, 1875
This model ship is a whaling ship, that was used in the American-centered whaling industry in the 1800s. The American whaling industry is the subject of some great pieces of American literature also, including Moby Dick, by Herman Melville. While it was not uniquely American, whaling was certainly dominated by Americans at the time this model ship was made. Bradford also painted paintings of whaling ships and other ships. 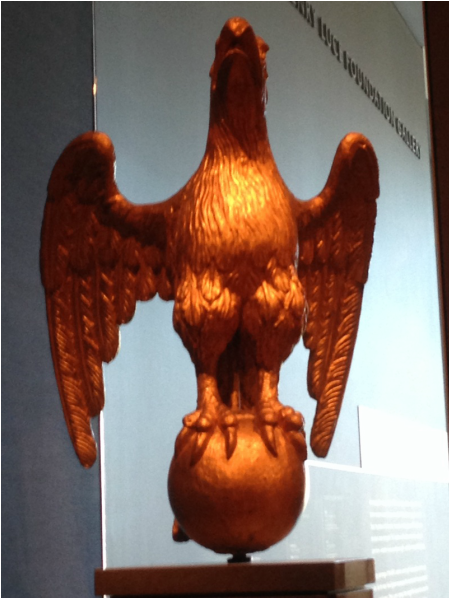 Eagle, Samuel McIntyre, 1786
The eagle, particuarly the bald eagle, is a symbol for America. It has classical beginnings as a symbol for Jupiter, the king of the Greek and Roman gods, and has always been a powerful symbol because of the majesty of the bird. This eagle was origionally outside a house in Salem, added with a renovation, probably added so the owners of the building could express their patriotism in the post-Revolution era.